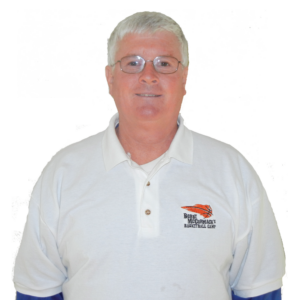 Coach McCormack brings 35 years of educational and coaching experience to the camp. McCormack is a 1974 graduate of CBC and played collegiate basketball at the University of Missouri – St. Louis. His years of experience cover all aspects of education from being a high school principal and athletic director to teaching physical education and coaching basketball.  He has assisted Head Coach McCormack for over 25 years with camp.

Fun Facts: Coach McCormack played against Larry Bird at Indiana State University in 1977 and 1978. He plays golf regularly and has recorded one hole in one. Coach McCormack is Bobby’s brother. 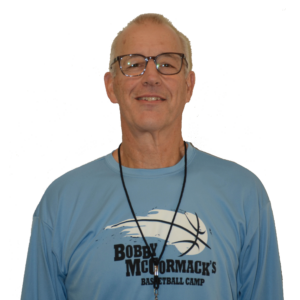 He spent nearly 30 years of his career in the front office of the St. Louis/Arizona Cardinals of the NFL in charge of ticketing, retail, and operations.  He has spent the last 5 years coaching high school basketball in St. Louis.  He is currently the assistant varsity basketball coach at Saint Louis Priory School where is works closely with Coach McCormack.

Fun fact: While at SLU he was drafted by the St. Louis Cardinals, the Chicago White Sox, and the Montreal Expos but never had the opportunity to play major league baseball.

Phil grew up in south St. Louis County, and attended St. Mary’s High School where he played basketball and football. After high school, he attended Benedictine College in Kansas, where he majored in Mathematics and Secondary Education. He also was a member of Benedictine’s football team. After graduation, he taught math and coached football and basketball at St. Dominic High School in O’Fallon, Missouri. He has taught Math at Priory since 2018 and coaches football, basketball, and track.

Phil met his wife in college and they now reside in O’Fallon, Missouri with their baby boy. 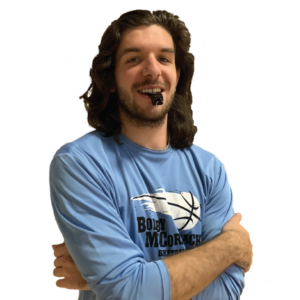 Bobby McCormack Jr. is Coach McCormack’s oldest son. He has been working camps every summer long for the last 10 years. He played high school basketball at CBC, like his dad.

Bobby Works with our 11-12-year-olds and is a perennial camp favorite to challenge his dad in HORSE each week. 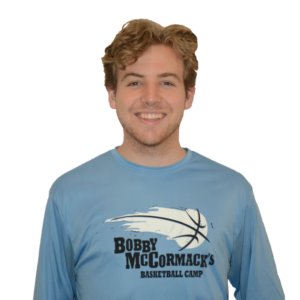 Kean McCormack is Coach McCormack’s youngest son. He has been working camps ever since he finished going to camp. He played his high school basketball at CBC, like his dad and brother.

Fun Fact: Kean has racked up over 170 Fortnite wins.

Stephen Rashford has been working camp for 5 years. He played his ball at Priory. Stephen runs the camp bank and is the counselor for our 9-10-year-olds. Stephen will be a Freshman at Saint Louis University. 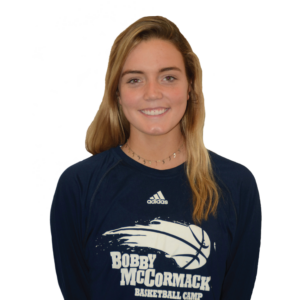 Mollie Griesedieck has been working camp for the past 5 years. She played her high school basketball at Villa Duchesne, where she played Varsity for 4 years. She is a great with the kids and makes camp fun! Mollie is attending The University of Notre Dame.

Mollie is one of  our counselors for  6-8-year-olds.

Fun Fact: Mollie loves to bake and often brings in snacks for everyone.

David Hartenbach has been working camp for the past 3 years. He plays his ball at Priory and is a rising Junior.

Fun Fact: He has three sisters. 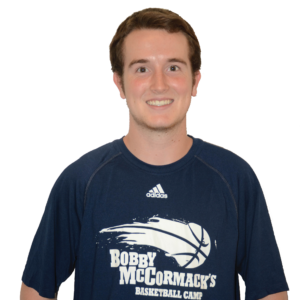 Mason McCormack has been working camp for 3 years. He is Coach McCormack’s nephew and played his ball at Parkway West. Mason runs the camp concession stand and works with the 11-12-year-olds. He is a camp favorite for all-star Wednesday, with his “Drop the Hammer” shirt.

Fun Fact: Holds the world record for the largest Bass caught in the U.S. 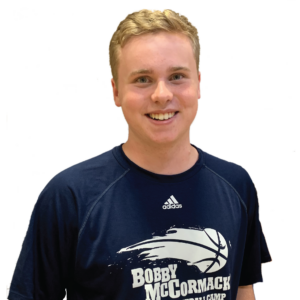 Michael Rashford has worked camp for 2 years. He plays his ball at Priory and is a rising Junior. He is a co-counselor with our 6-8-year-olds.

Aidan Goddard played his high school basketball at CBC and has been working camp for 2 years.  His favorite basketball player or all time is Larry Bird.

Bryan Dimmick has been working at Bobby McCormack’s  camp for the last 2 years. He plays high school football at Mehlville where he is a sophomore. Bryan’s favorite team is the Fighting Illini and he hopes to see them play next year.  He is a huge NCAA basketball fan and has won or placed 3rd or better in March Madness pools three years running.

Bryan works with our 6-8-year-olds.

Fun Fact: Bryan has thee pet birds, one of them, Rizzo, is named after Anthony Rizzo of the Chicago Cubs. 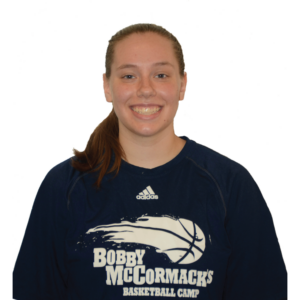 Sarah Stewart started working camp last spring break and will be back again this year to work again. She plays her basketball at St. Joseph’s Academy and is a senior.

Sarah works with our 6-8-year-olds.

Fun Fact:  Sarah has a dog named Violet that loves to eat her homework.